We’re fresh off Chazzwozzers (Super Showdown) and Raw was pretty decent this week. Did Smackdown Live match up? Let’s find out.

We opened Smackdown this week with Becky and Charlotte already in the ring with their Smackdown Women’s title rematch about to start. An odd way to start it but they had a 3 segment match so they got some time.  The stipulation on this one was that if Becky got DQ’ed, she would lose the title. A good match in which Becky tried to escape with the title as a countout isn’t a DQ. They also teased a DQ finish when the ref thought that Becky had used the title as a weapon. But it did actually end in a double countout while the two were brawling on the outside. Charlotte had a clear opportunity to get back in the ring so I blame her for this one.

Due to a double count-out, @BeckyLynchWWE is STILL your #SDLive #WomensChampion!

After the match they continued brawling and this lead them to the top of the ramp where Charlotte speared Becky through the LED wall, cutting herself up in a few places in the process. Later on, Paige confirms that Becky and Charlotte will go at it one more time at Evolution in a Last Women Standing match. Which they billed as a first ever. Which is isn’t. Asuka and Nikki Cross had one on NXT. Still though, the feud continues and Becky is still straight fire.

The WWE World Cup is coming at Crown Jewel and we had 2 qualifying matches on this week’s Smackdown. First, Samoa Joe took on Jeff Hardy. This was Jeff’s first match since the HIAC match where he “fell” from the cell. The match ended when Joe was unable to continue after his knee hurt too much. The victory and therefore advancement to the tournament went to Jeff Hardy.

The 2nd contest saw a returning Big Show have his first singles match in over a year when he took on Randy Orton. Everyone wants in this World Cup. That sweet Saudi Oil Money is quite enticing. Randy picked up the win after an RKO. He had also teased doing a punt during the match but that didn’t go anywhere. 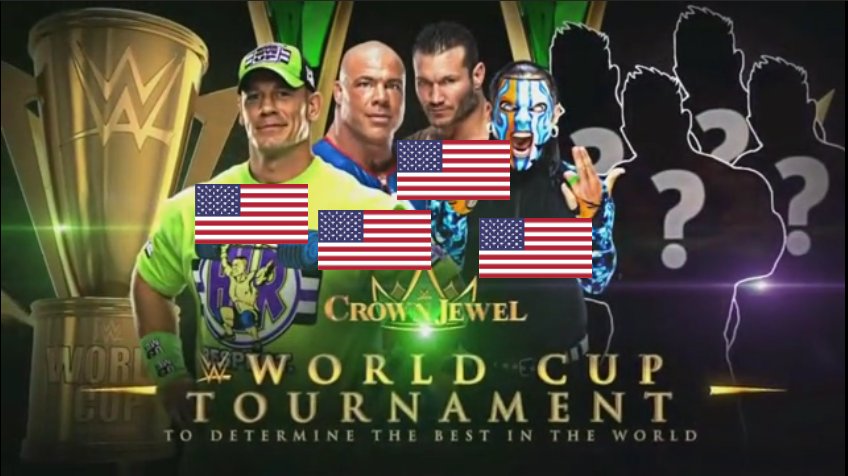 Daniel Bryan and AJ Styles were Miz’s guests on Miz TV this week. Miz tries to cause tension between AJ and Daniel but they see through his games and gang up on Miz instead called him the 2 minute man after his performance in Australia. Bryan says that he hasn’t faced anyone phenomenal since his return from injury (another dig at the Miz) and his dream was to come back and be the WWE champion again. AJ is the one in the way of that dream. They have a little face to face and then go back to insulting the Miz again. As is tradition. Miz declares that he has the next title match no matter who wins at Crown Jewel. The whole thing seemed very like when Miz was trying to get Seth Rollins and Finn Balor to fight. 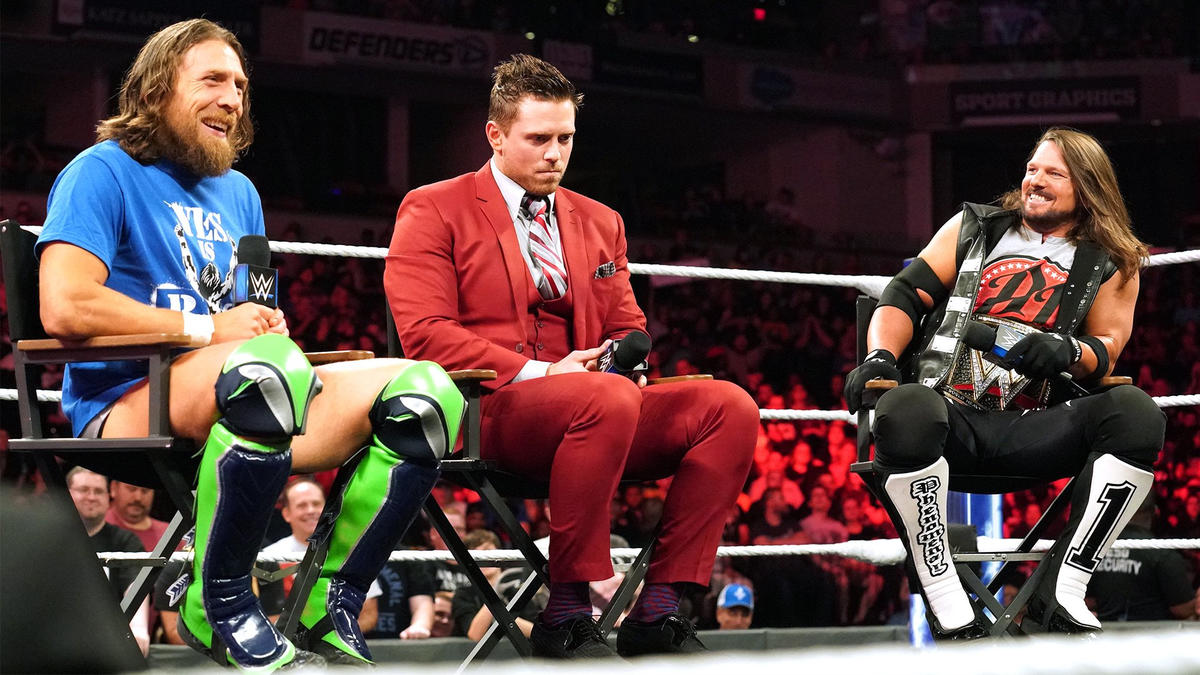 AJ Styles then faced off against Shelton Benjamin while Miz and D-Bry did commentary. AJ managed to picked up the win with a Phenomenal Forearm. Pretty damn good match. Miz and Daniel bickered as expected.

We got to see the 2nd part of One Night in Milwaukee this week but not in the way Aiden English wanted. He came out and showed more of the footage which showed that Lana’s ” I Want You…” line continued into “…to know how much he means to Rusev”. She then praised Aiden a bit more before the video cut off as Aiden put his hand on Lana’s shoulder and leaned in. 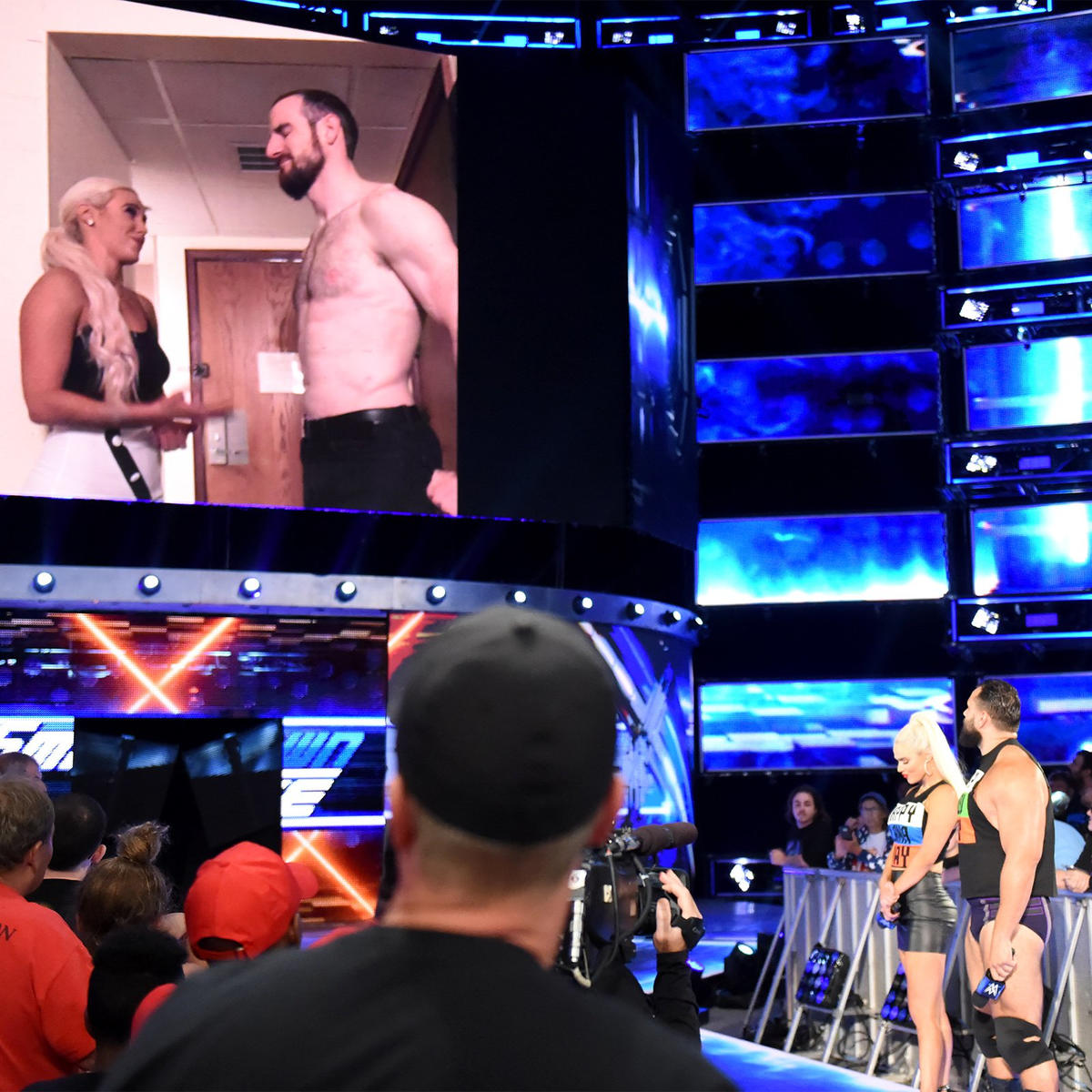 Rusev came out and demanded that Aiden play the rest. Aiden said he couldn’t as this was a PG show. Lana came out and said that she would play it then. Because she embraced her Russian heritage and hacked Aiden and now has the footage. She plays the footage which shows Lana rejecting Aiden like hygiene at a wrestling convention. Aiden says fine, they got him. But the offer is still on the table. So when Lana gets tired of those boring Rusev days, to come treat herself to an Aiden Night. Rusev runs after and catches Aiden briefly before he escapes to the back.

Next week is the 1000 episode of Smackdown and they have announced a few different things for it. Firstly, Rey Mysterio  is back full time and will be facing Shinsuke Nakamura for a spot in the World Cup. Also announced for the show is the Undertaker along with all 4 members of Evolution (not to be confused with the all women’s PPV of the same name that is happening the week after).

Another solid week of Smackdown this week. 2 non finishes to start the show felt a bit weird but other than that, i enjoyed the show overall. With such a short lead time to the next big shows, it’s going to be tough to get stories all fleshed out. Smackdown 1000 is next week, Evolution the week after and Crown Jewel the week after that so it’s all go in WWE Land at the moment.

I hope that they pull a good show out of the bag next and actually have some surprises on it instead of announcing everything we get like they did at Raw 25.

While you’re here, make sure to check out ‘The Alleged Wrestling Podcast’ where we have the craic looking back over the wrestling events of the past week! (It’s also on iTunes, Google Podcasts and Stitcher and all those nice things)

About the Author: Nicky Bowe - Junior Executive Vice President of that feeling you get when you are walking alone at night and you're sure there's someone there. Nicky loves Wrestling, Video Games, Batman, General Nerdy Stuff, Pina Coladas and getting caught in the rain. He likes DDP Yoga and having half a brain. Quite fond of making love at midnight, doesn't need to be in the dune of a cape. If he's the author you are looking for, write to him and escape.
Related Items1aiden englishAJ Stylesbecky lynchcharlottedaniel bryanjeff hardylanarandy ortonrecapreviewrusevSamoa Joeshelton benjaminSmackdownSmackdown Livethe big showThe Mizwrestlingwwe
← Previous Story Ambrose going lunatic – Leaves Shield? It’s the RAW Recap!
Next Story → Breaking up the Pack – WWE Raw – 15th October 2018