Ladies & gentlemen, welcome to Smackdown Live! We’re just a day removed from the lowest-viewed Raw of the modern era, so WWE may be feeling the pressure to deliver a killer show tonight. Can they pull it out of the bag? Smackdown has been the best show over the past few months, so it’s looking very hopeful…

We kick off the show with a Miz TV segment, but Miz & Maryse look a bit different. Oh wait, that’s R-Truth & Carmella… my bad, that one’s on me! Looks like we will get the first ever Truth-TV segment. They hype Miz-Daniel Bryan for Super Show Down/Chazzwossers, and bring out their first ever guest, D-Bry himself!

Truth says that D-Bry foiled Miz’s plans with the “Other Carmella”, and says he’s glad the real Carmella dyed her hair, since it was causing confusion. Truth asks how it will feel to beat Miz at Chazzwossers, but before Bryan can answer we get the first ever “Truth TV 7 Second Dance Break”. Bryan says he has a lot of unspent energy and unfinished business with Miz, so if he beats him and gets a step closer to the WWE title, he’ll be closer to proving he is the best. And here comes The Miz… 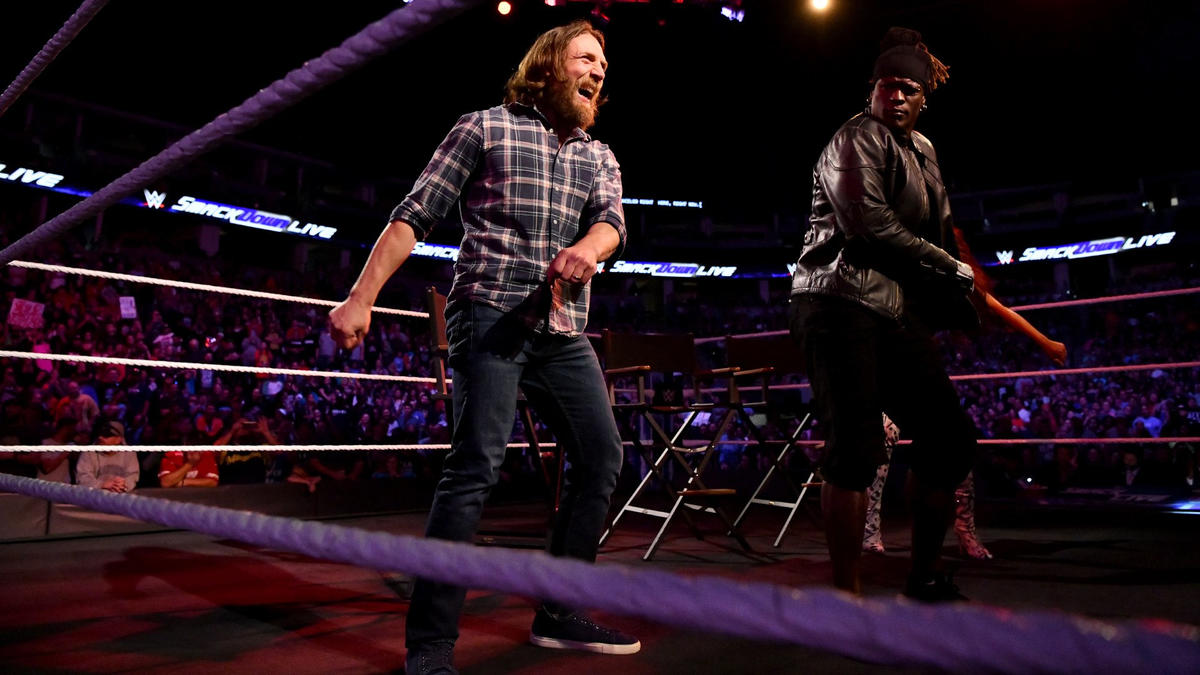 I believe the kids call this flossing

Miz doesn’t seem too happy with Truth, and Truth explains Miz doesn’t have a title, so when he beat Miz a few weeks ago he just took his talkshow instead. Miz goes on about why people love D-Bry because he’s the underdog, scrappy and plays by the rules, but that’s why he can’t beat him. He will do anything to win, and he will beat D-Bry again in Australia. Bryan stopped one of his ideas, but he’s got 300 more to help him get closer to the title, whereas Bryan is too proud to stoop to that level.

Truth bans Miz from TruthTV for life, but if Miz wants it back he can fight for it. We get another dance break as Miz storms to the back, where he confronts Paige, who makes the match official.

In a rematch from a few weeks ago we get Miz vs R-Truth as our first match, with Daniel Bryan on commentary. The early stages are mainly Truth in control, and when Miz gains the upper hand he taunts Bryan, giving Truth time to recover. We also get a Carmella moonwalk, and I can’t help but think of how good this pairing has been for her so far.

Truth goes for 10 punches in the corner but gets pushed off and Miz hits the It-Kicks (safely), followed by a DDT for a 2 count. 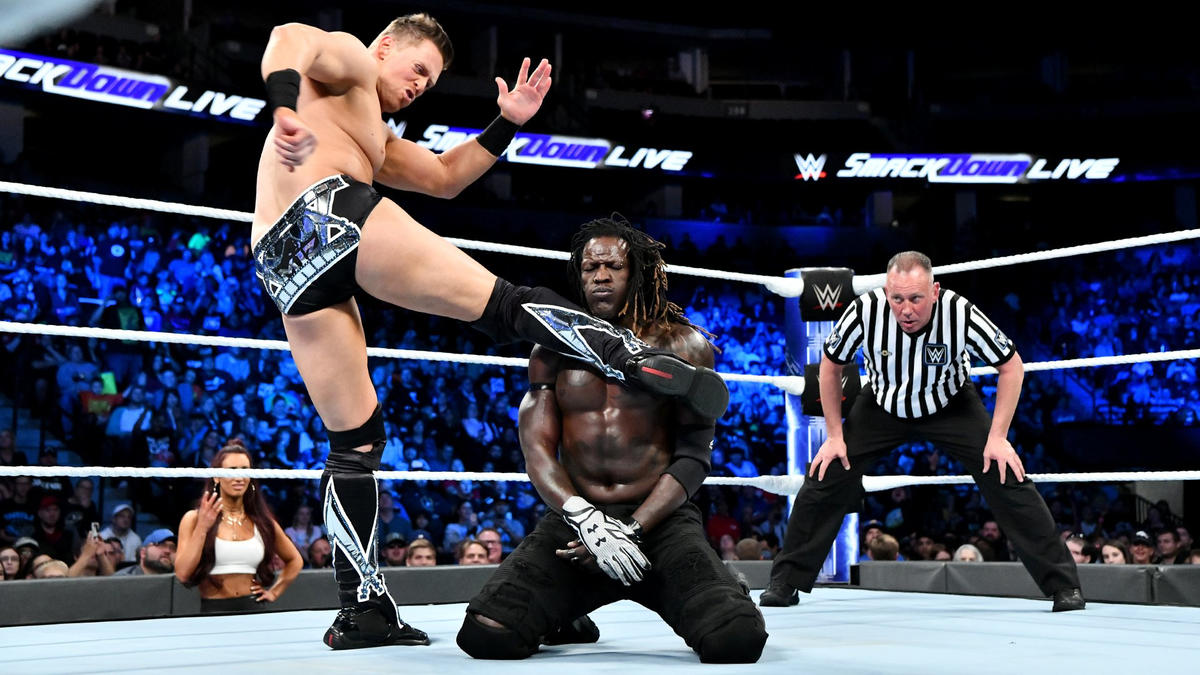 Note the lack of concussion

We come back from break and Truth is all fired up. He hits a nice Stinger Splash and gets a 2 count. He misses an Axe Kick, and Miz manages to get a thumb to the eye and hit a Skull Crushing FInale. However instead of going for the cover he crawls back to the corner and starts a Yes chant, and hits the Knee Plus for the win.

Our main event of the evening is a contract signing between AJ Styles & Samoa Joe for their WWE Title match at Super Show Down. Earlier in the night Paige asks AJ to not mess up the monitors on the commentary tables of anything too expensive, but AJ says he’s just there to sign on the dotted line. It’s as if he’s never seen one of these before…

Paige comes out to the ring to oversee the signing, and she introduces the champ first, then introduces Samoa Joe, but there’s no sign of him. She calls him again, but still nothing. AJ says Joe is more likely to jump him from behind then to just walk out there, but he’s got eyes in the back of his head. It doesn’t matter that Joe isn’t there, because we know he’ll be in Australia for their no-DQ, no countout match. Oh wait, here’s Joe on the Titantron… 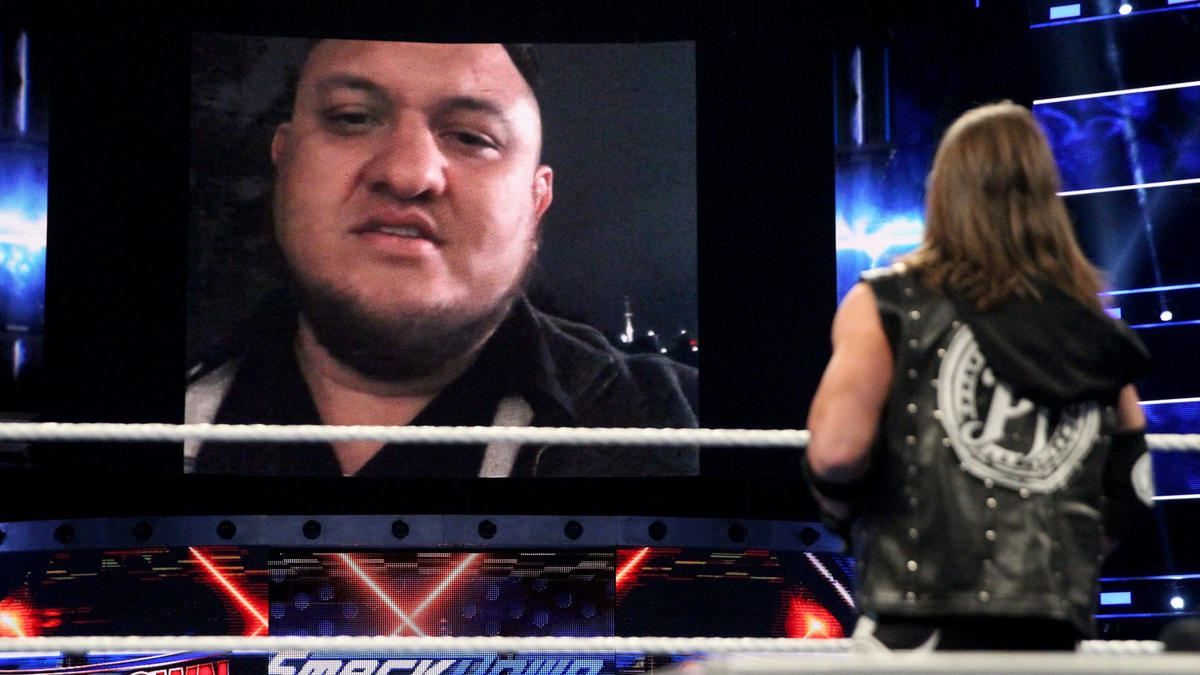 Joe says one of the great things about their job is getting to tour the world and see different places. They can experience different cultures, and tonight he is doing that… he reveals a mailbox saying “Styles”. He asks is AJ feeling helpless, as he realises there’s nothing he can do right now. Joe questions what should he do now, and he asks AJ to take his phone out, but remembers AJ doesn’t take his phone to the ring. He brought a new doll as a gift for AJ’s daughter. He says he wants AJ to remember this helpless feeling, as that’s how he’ll feel in Australia. Joe rings the door bell and says “Daddy’s Home” as we go off the air…

SHEVOLUTION, AND WOMEN, AND STUFF…

We get a video clip of earlier today, where Charlotte is doing a photoshoot, but gets jumped by Becky Lynch. Becky throws her into cases a few times, then stands over her and poses with the title, and forces the photographer to take her picture a few times. 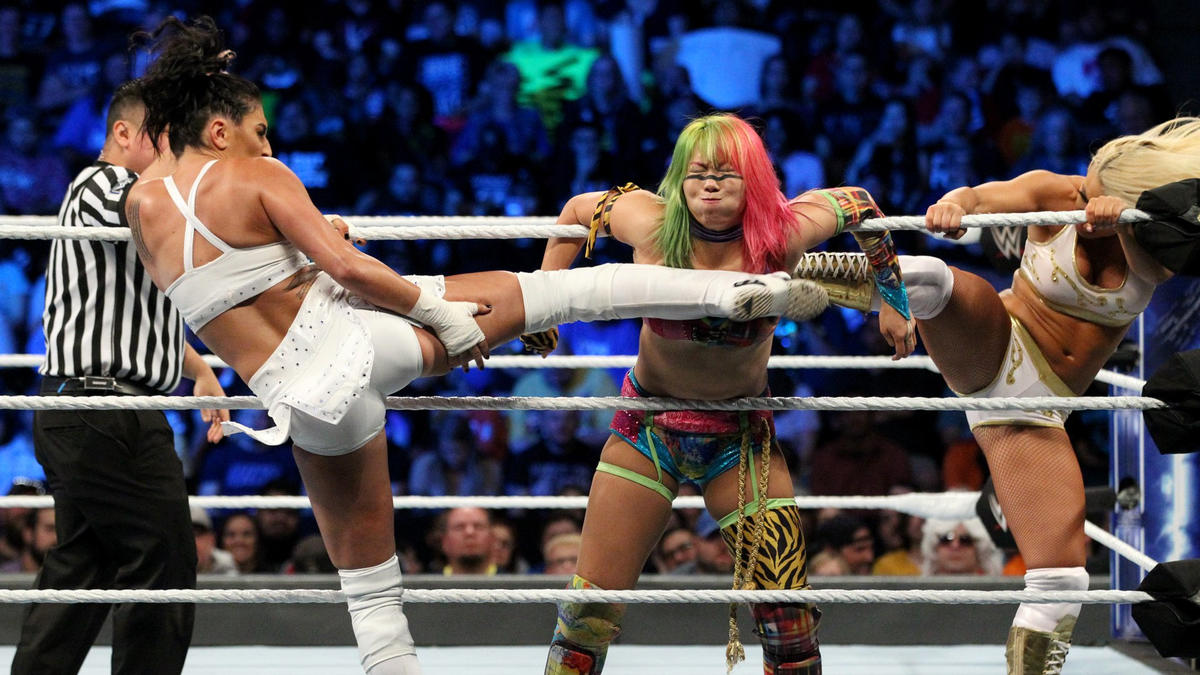 The team of Asuka & Naomi took on Mandy Rose & Sonya Deville, with the Iiconics on commentary. No prizes for guessing who gets the win in that one, but the commentary team were more invested than the IIconics than the match… fair enough! 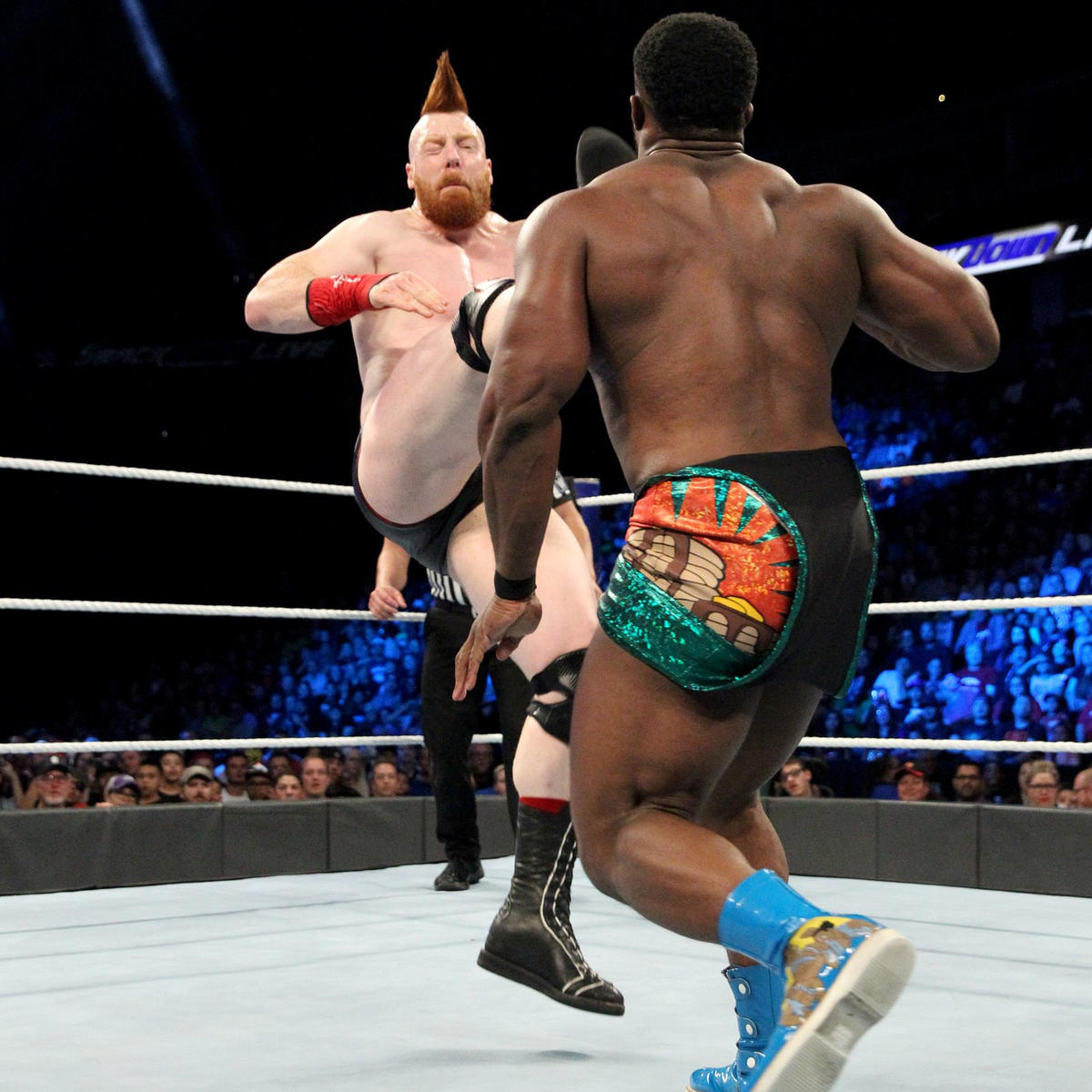 My word, what a great show that was! Especially in comparison to Raw last night. There are so many different storylines on this show, and they manage to fit so much in, despite being an hour shorter.

Carmella & R-Truth are the big surprise at the moment with how well they have gelled on-screen. But there’s also the over-as-fuck Women’s Champ Becky Lynch, who could be the biggest star on Smackdown if used correctly. And we also have Samoa Joe, who is managing to churn out HHH levels of cerebral, psychological shenanigans within a PG environment.

Even though there were a few very short matches and a bit of filler, this was still one of the best shows WWE have put on in quite a while.