NXT Takeover Philadelphia happened last night and as expected, it was awesome. We did a live podcast after the show which you can check out below were we recapped the whole thing. I’ve also written out a short recap below for people that don’t like listening to stuff.

We start off with the Preshow where Samoa Joe was on the panel along with Sam Roberts and Charli Caruso. Joe was fantastic on it and even though Steve is vehemently against the preshows, I’d recommend checking it out even if just for Joe’s insights. We also had the announcements of the NXT Year End Awards throughout the preshow from Renee Young and Corey Graves.  Corey had a lovely flowery jacket. Zelina Vega had some great back and forths when she made an appearance with the panel so check that out too. It’s at the end. Then we were on to the main show. Nigel McGuinness is sick so we had a 2 man commentary team of Mauro Ranallo and Percy Watson. The show started with a Paul Heyman video package about the history of Philadelphia and bigging up NXT. It was awesome and set a good tone for how awesome the rest of the show would be. First up was the NXT Tag Title Match between the Authors of Pain and the Undisputed Era. Great opener which showed that the Authors of Pain are ready to go up to the main roster now. They have done all they can at NXT. Story of the match was them working Akam’s leg after he tweaked his knee coming off the top rope. Finish was a Supercollider countered into knocking Akam into Rezar and then O’Reilly rolling up Akam for the win. Next up was The Velveteen Dream vs Kassius Ohno. Dream entered with personalized airbrushed boxing trunks and had a mouthguard delivered to him on a pillow being held by a topless man. He kept up that boxing theme treating the match as a boxing match for the first while expecting a 10 count when he knocked Ohno to the floor. He was promptly met with a forearm to the face and the mouthguard was no more. This was a good match but it got a bit sloppy in some places. The finish came as Velveteen got a Rolling Death Valley Driver on Ohno and followed up with a Purple Rainmaker 3/4 of the way across the ring. Velveteen Dream was an absolute star in this and is on his way to being a top guy in NXT and maybe even WWE. Next on the agenda was the NXT Women’s Title Match where Shayna Baszler challenged Ember Moon for the title. Shayna got an MMA style entrance where the camera followed her from the back. Ember got a nice net and half of a suit of armour to wear. Another match where a bodypart was worked but it worked just as well if not better than earlier. Shayna worked Ember’s Elbow for the entire match. Ember even hit the Eclipse but couldn’t follow up because she hurt herself too much. The whole end sequence was based on locking in the armbar. It was fantastic though. They did such a great job of selling it. Ember eventually managed to keep Shayna’s shoulders down in a rollup for the win in between all these submission attempts. Shayna then attacked Ember after the match so we’re likely getting this again at Takeover New Orleans. I’m not complaining. 2nd last match of the night was the Extreme Rules match between Aleister Black and Adam Cole (BAYBAY). This was also fantastic with kendo sticks, chairs, tables, ladders, blood, and a flying Killian Dain. Cole took a right beating in the match getting dropped arse first on a ladder, getting driven through the announce table with double knees and the most painful looking of all, getting dropped back first onto the pointy part of 2 chairs. Black also went through 2 tables that were set up at ringside and completely forgotten about. The rest of Undisputed Era interfered along with SAnitY before Black finally got the win with a Black Mass.

Throughout the night, we were treated to new signees sitting at ringside. We got War Machine who were actually billed as as War Machine, Ricochet who was billed as Trevor’Ricochet’ Mann (so he’s getting his name changed) and EC3 who was billed as EC3 and not Derrick Bateman. We also had Candice LeRae make an appearance in the main event. Speaking of the main event, we got a possible match of the year candidate here as Andrade ‘Cien’ Almas defended the NXT Championship against Johnny Gargano. These two have been on absolute rolls lately and this match will be hard to beat this year. Almas enters first to a Mariachi Band and in a La Sombra mask. The match itself was very back and forth with both men getting the upper hand at different points. The selling was incredible especially from Gargano. They had some many nearfalls that all felt like it could be the end of the match. Zelina Vega got involved at one point and then Candice LeRae, who was at ringside, jumped the barricade and chased her away. Almas got the win after giving Gargano the double knees into the ring post and then giving him the Hanging Hammerlock DDT. After the match, as the credits popped up on the screen, Gargano was at the top of the ramp when he got attacked from behind with a crutch by Tomasso Ciampa. Ciampa limped off so it seems like we will pick this feud up again in a few weeks once Ciampa is fully healed. This was one hell of a show though. The Royal Rumble has a lot of live up to. And every show for the rest of the year for that matter. 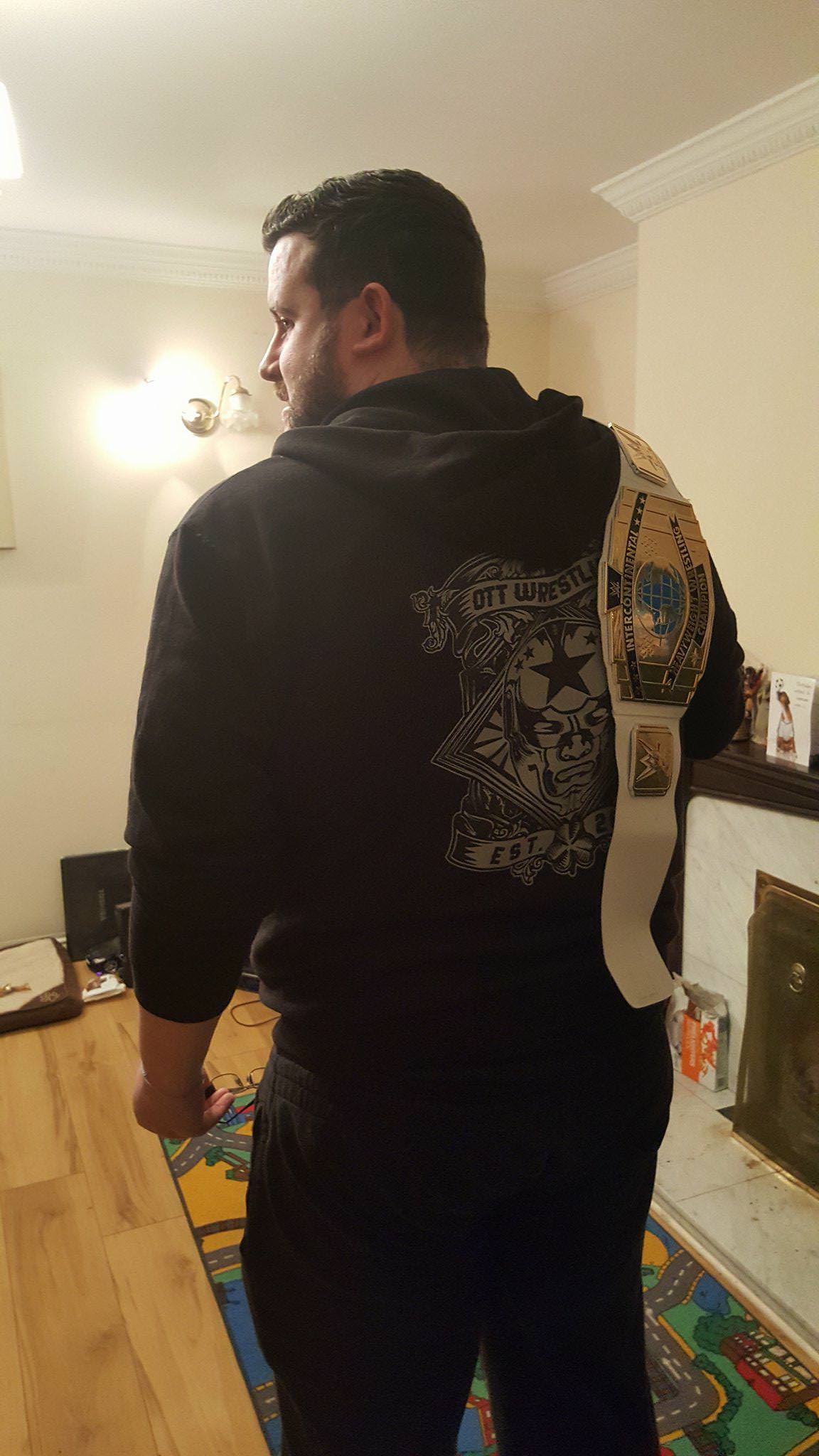 About the Author: Nicky Bowe - Junior Executive Vice President of that feeling you get when you are walking alone at night and you're sure there's someone there. Nicky loves Wrestling, Video Games, Batman, General Nerdy Stuff, Pina Coladas and getting caught in the rain. He likes DDP Yoga and having half a brain. Quite fond of making love at midnight, doesn't need to be in the dune of a cape. If he's the author you are looking for, write to him and escape.
Related Items1nxtnxt takeoverwrestling podcastwwe
← Previous Story The Alleged Wrestling Podcast 27th Jan 2018
Next Story → WWE Royal Rumble 2018 Recap